To: Our Sisters and Brothers in the Black Lives Matter Movement AND in Law Enforcement. We stand with you in shared grief. 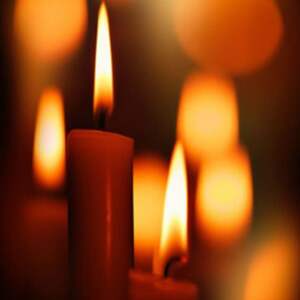 To Black Activists and Communities: Do not despair. We ask that you feel our love by your side, and let this love make you brave and resolute. Just as you make us brave and resolute. We grieve the loss of every Black life lost in encounters with police. We are with you because we know all lives cannot matter unless black lives matter.

To Law Enforcement Officers: We grieve the police officers who have been killed and attacked, and we hold in our hearts the officers and families across the country who are hurting right now. We ask you to be our allies in the call to dismantle systemic racism across America, including in America’s police departments.

Together we watched Alton Sterling and Philando Castile die in police encounters within 24 hours. So far 137 black people have been killed by police this year alone. Some of us are numb and tired; others angry and heartbroken.

Then, we watched in shock as a lone gunman disrupted a peaceful protest in Dallas and opened fire on police, killing five officers, followed by another shooting in Baton Rouge killing three officers. We have now entered a moment of deafening crisis -- distrust, division, and ongoing violence.

We know that the heinous actions of lone gunmen do not represent the Black Lives Matter Movement. We have marched by your side, prayed with you at vigils, and have heeded your calls to action. In every moment, you have never stopped calling for dignity, justice and respect through peaceful nonviolent protest.

But already fear-mongers are using the deaths of these police officers to vilify and stifle the Black Lives Matter movement and erase the justice demanded by Sterling, Castile, and countless others. They are justifying the militarization of police departments, surveillance of black activists, suspicion and profiling based on race, and hostility toward communities of color.

Black activists and communities: We ask that you not despair. We ask that you feel our love by your side, and let this love keep you brave and resolute, just as you have made us brave and resolute. We are Christian, Muslim, Jewish, Sikh, Hindu, Humanist, and other people of moral conscience. We are black, brown, white, gay, straight, lesbian, bi, and trans. We grieve the loss of every Black life lost in encounters with police. We are with you because we know all lives cannot matter unless black lives matter.

Law enforcement officers: We see you. You are on the frontlines every day. You are our spouses and children; you are our brothers and sisters; you are our neighbors and friends. You have pledged to protect us: the officers killed in the line of duty in Dallas died while protecting the most vital function of our democracy – our freedoms to march, protest and express ourselves.

We ask that you share our prophetic grief. We grieve every police officer killed in the line of duty, and those wounded in attacks, just as we grieve every black son and daughter killed in a police encounter. It is an undisputed fact that systemic racism is a historic and intractable problem across America, including in America’s police departments.

We believe the best way to honor all the people we grieve is to find a solution – together.

We pledge to dismantle racism with revolutionary love – for police officers and the black and brown communities who struggle each day for dignity.

We will hold all perpetrators of violence accountable, even as we build bonds of understanding and respect between police officers and communities. We will call for police accountability, even as we show love and respect for every officer who shares our commitment to end all forms of violence. We will stand by the side of women and men who bleed to give our children a more just and beautiful world. We will not be bystanders.