To: Roman Catholic Bishops, Cardinals, all voting members of the Synod on Youth, to Pope Francis

Catholic Women Religious Superiors Should Vote at The Synod 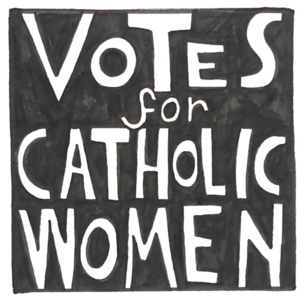 The XV Ordinary Synod of Bishops on Young People, the Faith and Vocational Discernment brings together bishops, auditors and experts from around the world to collaborate and discuss the urgent needs of the Church for three weeks in Rome (October 3 – 28, 2018).

Voting on the final documents at these meetings was reserved for ordained men until 2015, when one religious brother (a non-ordained man) was given permission to vote.

This year, that number has doubled. Two non-ordained male religious superiors have permission to vote on the documents that, if approved by Pope Francis, could become ordinary magisterial teaching.

This is an encouraging opening. Representation from non-clerics adds diversity to one of the institution’s primary decision making bodies and helps the Church move closer to the essence of Pope Francis’ Apostolic Constitution Episcopalis Communio which aims to more directly involve the People of God.

While we welcome voting for non-ordained male religious, it does not go far enough.

In St. John Paul II’s Letter to Women (1995), he made clear the “urgent need to achieve real equality in every area…” He also stated, “This is a matter of justice but also of necessity. Women will increasingly play a part in the solution of the serious problems of the future…”
We believe this is especially true of Synods. Women are part of the solution to the serious problems facing the Church.

Thus we urge all of you bishops, cardinals and other ordained and non-ordained members who have the authority to vote in this Synod to make a path for women religious superiors to work and vote as equals alongside you as sisters and brothers in Christ.

Leaders in serving the world’s most marginalized communities, women religious largely outnumber male religious and could bring underrepresented experiences of accompaniment, leadership, and pastoral care to the Synod. In 2016, there were 659,445 religious sisters worldwide and 52,625 religious brothers (CARA).

As Pope Francis calls for “a more incisive female presence” in the Church while calling the Synod “a suitable instrument to give voice to the entire People of God…“ (EC 25), we urge you to bring women into meaningful decision-making in every body of the Church, including the Synod.

Since the beginning of the Synod on youth, women from many backgrounds and countries have spoken up in support of voting rights of religious sisters at the Synod. We may have differing opinions on many of issues but one thing unites us: We believe that our Church can overcome the current crisis only if women have a voice and a vote.

We will hand deliver the petition to bishops, cardinals, and all voting members attending the Synod in Rome, as well as to Cardinal Lorenzo Baldisseri, the Secretary General of the Synod of Bishops beginning October 21, 2018.