Association for a More Just Society US

Association for a More Just Society US 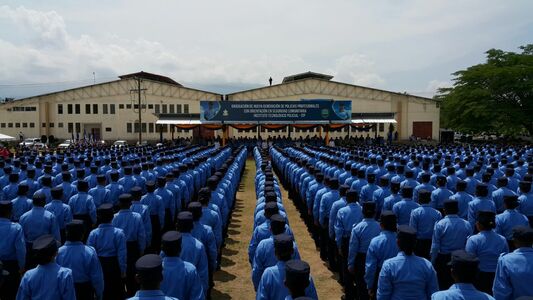 Support the historic police reform process in Honduras that is removing corrupt and criminal officers from the force. Protect the citizens who form the Commission charged with this difficult process.

Imagine being the victim of a violent crime, but having nowhere to turn because you are afraid of the police, and don’t trust the justice system to help you.

For too many Hondurans, this is their reality. For years, officers in the National Police force stole from or harmed the same citizens they were supposed to protect. Not knowing who in the police they could trust, citizens didn’t report crimes, criminals remained at large, and violence troubled the country.

Removing corrupt police from the force is absolutely essential to combat crime and violence in Honduras, which is why recent successful efforts at reform are so exciting, and deserve so much support.

A new “Police Purging Commission” has been appointed to review the entire 12,000-member police force, and – in a bold move that has never before been done – they are starting from the top. The brave citizens that make up the Commission have reviewed 272 of the highest-ranking police chiefs in the last two months, and they have removed 39% – 106 high-ranking officers linked to crime and corruption that will no longer be able to use their position to harm others!

The Commission is touching powerful interests in firing these corrupt officers, and have received death threats for their work. Their families have been forced to relocate for safety. In this time of so much potential for change, Honduras needs people to stand behind and support the efforts of the Commission towards improving peace and public security.

As people who care about Honduras, we are asking that US lawmakers take all measures possible to pressure the Honduran government to support these reforms and to protect the individuals who are in charge of seeing them implemented. Together, we look forward to police force that Hondurans can trust, one that will truly help to create a more peaceful and just Honduras.

The signatures will be emailed.