To: Cardinal Baldisseri and the Bishops of the World

Widen the Circle at the 2015 Family Synod 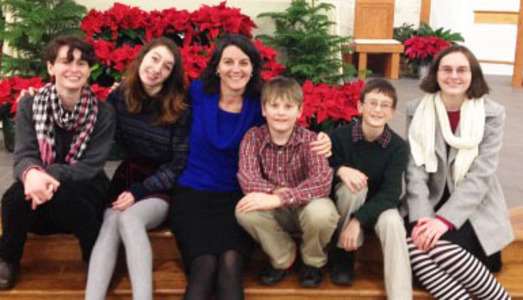 As faithful Catholics, we are deeply concerned that the perspective and experience of a large number of Catholics will not be represented at the upcoming Synod. Therefore, we are writing to urge you to widen the circle of people invited to participate in the upcoming Family Synod 2015.

We know our Church would benefit from listening to representatives of the many constituencies present in the church community and from engaging in the dialogue Pope Francis has been calling for since the beginning of his papacy. The Lineamenta points out, “In Evangelii Gaudium, Pope Francis advocates for engaging in pastoral activity characterized by a ‘culture of encounter’ and capable of recognizing the Lord’s gratuitous work, even outside customary models.”

We urge the Vatican Synod office to make every effort to include a wide diversity of Catholics, especially those from the constituencies being discussed including divorced and remarried people, cohabitating couples, interfaith families, impoverished families, single parents, families with lesbian, gay, bisexual and transgender members, same-sex couples, and families torn by the violence of war and abuse. These women and men can share their lives and stories in a way that creates greater understanding among the bishops who will, in the end, make critical recommendations about the Church’s priorities and pastoral practices for years to come.

We ask that Synod planners reach out to those on “life’s periphery” (Evangelii Gaudium), those who have not felt welcome in our church. Their invaluable perspectives will greatly enrich and enlighten discussion at the Ordinary Synod on the Family in October.

As stated in Sensus Fidei in the Life of the Church (2014): “The baptized….are endowed as members of the body of the Lord with gifts and charisms for the renewal and building up of the Church….Not only do they have the right to be heard, but their reaction to what is proposed as belonging to the faith must be taken very seriously. . . “ (#74).

We assure you that the mission of the Family Synod is in our prayers.

The synod would benefit from listening to Catholic representatives from diverse constituencies and from engaging in the dialogue Pope Francis has promoted throughout his papacy. We believe widening the circle will create greater understanding among the synod fathers whose final recommendations to Pope Francis may impact our Church's pastoral practice for years to come. This petition is sponsored by: